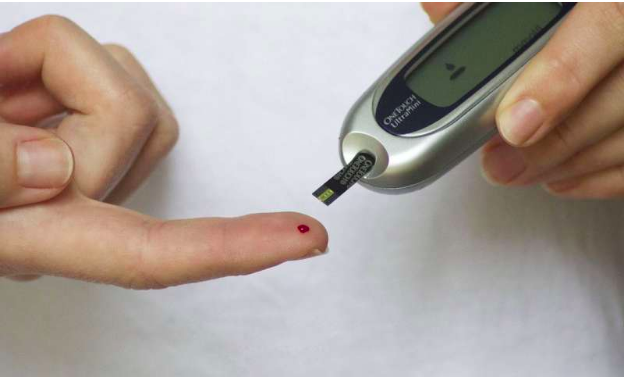 Our lives have become so complicated these days that every person seems to be having one health issue or another. Some people have to take daily medications due to problems like high blood pressure while some have to depend on insulin injections to combat diabetes and blood sugar problems. If you also have diabetes and you are looking for diet and lifestyle changes that can help, then you should read on to know the best fruits for a diabetic diet.

Many people believe that fruits are not good for people who have blood sugar issues as they are often loaded with fruit sugars. This is not altogether correct. Though there are some fruits loaded with fruit sugars, the sugar levels are not as bad as refined sugars. Also, all fruits are packed with fiber, minerals, and vitamins which help in regulating the blood sugar and might reduce your dependence on insulin injections. In addition to fruits, you should also consider depending on reliable supplements like this one-  https://www.yeswellness.com/lorna-vanderhaeghe-glucosmart-with-chirositol.html to help control the blood sugar.

The Best Way to Have Fruits as a Diabetic Patient

If you have diabetes, you should stay away from juices, especially processed juices as it might increase your sugar levels. Instead, you should consume the fruits in their natural form. It is also a smart idea to avoid processed fruits that have been preserved by adding additional sugars as they might raise your blood sugar levels as well. The best way to have fruits is to have them fresh and pick them from the produce aisle or freezer section of the nearest grocery store.

When wondering which are the best fruits for a diabetic diet, you should add berries to the list. You can choose the berries you like best, be it strawberries, blueberries or any other types of berries you fancy. Berries are also great for your overall health as they are loaded with vitamins, fiber, and antioxidants. They also have low GI levels which help diabetic patients. They are a low-calorie option as well because a cup of fresh berries has just 62 calories and 16 grams of carbohydrates. If you are tired of having them fresh, you can have berries in a parfait and add layers of nonfat yogurt to the berries to make a breakfast addition or a dessert post dinner.

Another low-calorie fruit option for people with diabetes is apricot as a single apricot has only 17 calories and 4-gram carbohydrates. Having just one apricot a day will make up 50 percent of your body’s requirement of vitamin A. Apricots are also a reliable source of fiber. You can have apricots as an addition to cold cereal or toss it in the salad you intend to have. If you want something more special, you can try making this apricot and almond tiramisu.

We’ve all heard “an apple a day keeps the doctor away.” This phrase is apt for diabetic patients as having an apple daily will provide you with antioxidants, fiber and vitamin C. An apple has just 77 calories and 21 grams of carbohydrates. Have them with the skins for maximum nutritional value. Here’s a tip. Munch on an apple while commuting to work every morning.

Oranges are loaded with potassium and folate, both of which might help you in normalizing the blood sugar levels. Having one orange a day is enough to meet your daily requirement of vitamin C. An orange also has just 62 calories and 15 grams of carbohydrates. In addition to oranges, have other citrus fruits like grapefruit to help control the blood sugar levels.

Ø  Depend on Tart Cherries

If you want to have only low GI fruits, you can trust tart cherries. One cup of them has 78 calories and just 19 grams of carbohydrates. They are good for fighting inflammation and may help with other serious health issues like cancer, heart problems, etc. But only fresh cherries, nit dried, canned or frozen as they might be loaded with added sugars.

Summers always seem a little bit tasteless until you have plump and juicy peaches. They are loaded with fiber, potassium and vitamins A and C. You can add them to the iced teas and make them more delicious. You can also puree peaches and add them to some low-fat buttermilk, a sprinkle of ginger or cinnamon and a bit of crushed ice to have a smoothie ready.

To control diabetes, you should also try pears as they are loaded with vitamin K and fiber. Buy them fresh and keep them at room temperature for a few days to let them ripen up. You can have them as they are or add them to your preferred salad recipes. 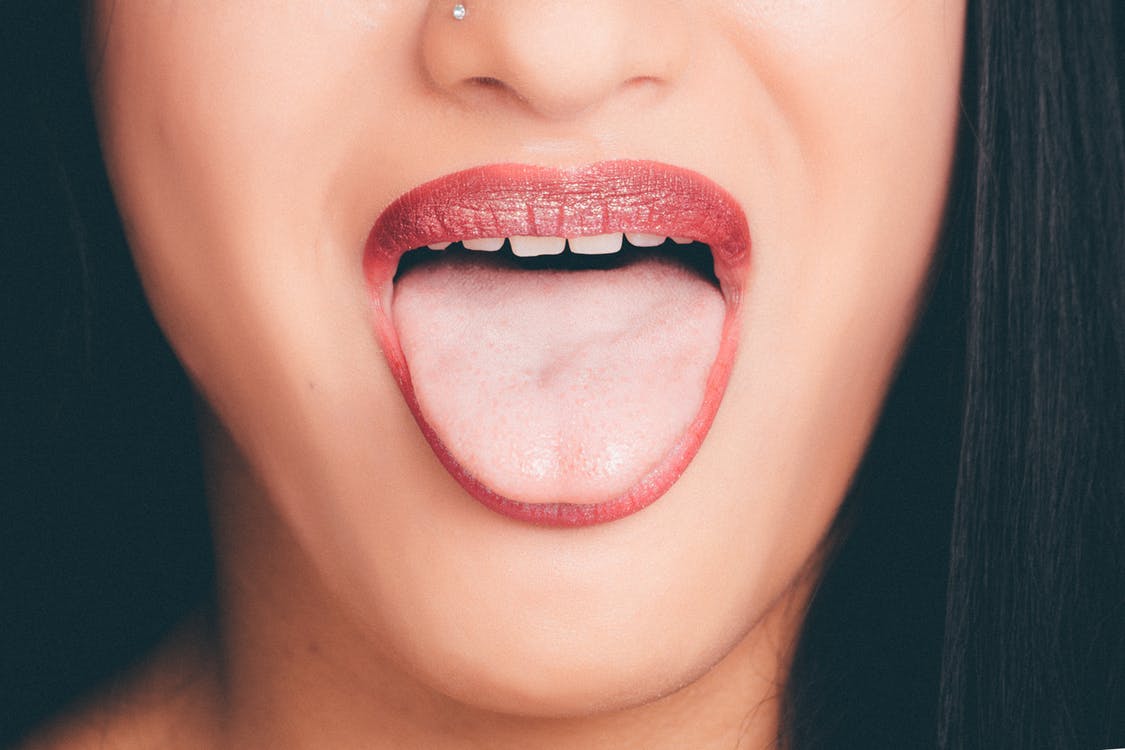 If you were to ask the average person where can stones develop in the human body, the most common answers would be the kidneys or the gall bladder. However, unbeknownst to most, the tonsils can also develop stones.

The function of the tonsils is to fight and prevent infection that come into the body through the mouth. They help to trap viruses, bacteria and other harmful foreign invaders however, they can often become infected themselves which is why most people believe they are a waste of space

Tonsil stones typically form when the tonsils become coated with debris. Examples of this type of debris include:

If not removed, the debris is fed upon by harmful bacteria and their remains calcify to form the stones – which can also be referred to as tonsilloliths or tonsil calculi.

It is common for those affected by tonsil stones to not know what they are. In fact, they are so common that they are identified in about 10 percent of the CT scans performed in the United States. If left untreated, tonsil stones can contribute to the growth of bacteria in the throat and can emit an unpleasant smell.

You may be asking yourself “why do you get tonsil stones?” Well there are actually a few reasons why you could get them and I’ve discussed this below.

As previously mentioned, the tonsils are small mounds of tissue in the back of the throat. The mounds of tissue are also filled with nooks, spaces and crannies where materials such as mucus, dead cells, food and bacteria can become trapped.

This can occur in anyone, but those who have chronic tonsil inflammation or tonsillitis can be prone to developing tonsil stones. Those who are affected generally have small tonsil stones on their tonsils – it is very rare to be affected by a large tonsil stone.

A person’s diet may also be a factor in whether or not tonsil stones develop in the back of their throat.

In fact, dairy products such as milk, cheese and yogurt can increase a person’s chances of getting tonsil stones. These foods not only contain calcium, but they can also promote the formation of mucus. Seeing as this is one of the biggest contributors to tonsil stone development, it only make sense that you should avoid it.

You should also avoid junk food and fizzy drinks. They promote almost no nutritional value so you won’t be able to fuel your immune system enough so that it can fight harmful bacteria effectively. It’ll also incorporate even more bad bacteria and fungi into your mouth as well.

If you are prone to developing tonsil stones, these foods should be cut from your diet or eaten in moderation.

Tobacco and alcohol are also thought to be contributing factors to tonsil stone development. Both of these substances can have a drying effect on the mouth and throat which effects your salvia levels.

In order to keep bacteria activity at bay, you need to have sufficient levels of saliva. If you don’t then the bacteria and fungi will be free to do what it wants – feed on debris and cause infection.

For the same reason above, if you don’t drink enough water your salvia levels will drop which makes it easier for infection to be caused.

Poor oral hygiene can also lead to the development of tonsil stones. If bacteria is allowed to remain in your mouth due to not brushing and flossing, and food particles begin to accumulate, tonsil problems can become noticeable quickly.

In order to prevent infection, you need to be incorporating new, good bacteria into your mouth and clearing out old, harmful bacteria.

The old adage is true, prevention is the best medicine. With that said, one of the best ways to treat tonsil stones is to implement a vigorous oral hygiene routine. The routine should consist of brushing and flossing after every meal and using an alcohol free mouthwash to gargle. The mouthwash will reach the back of the throat and help to remove the stones without drying out the mouth.

However, if you don’t want to do this then you can gargle with salty, warm water. This can be especially effective if the tonsil stones are causing discomfort.

Tonsil stones are common in those who suffer with tonsillitis and inflammation in the throat. The only way to prevent them is to have the tonsils removed. Good oral hygiene and a proper diet can reduce the chances of tonsil stones developing.

He and She Fitness Tasteful Space Visit the website projeto massa muscular and learn everything you need to know about bodybuilding, fat burning, and general health without sensationalism and fraud. All information is based on scientific knowledge.
So for skinny guys to build overall muscle size, it is vitally important to lift weights with compound movements like bench press, squats, barbell rows and dead lifts so as to pack more muscles to your skinny physical body frame. When done correctly and couple up with good nutrition and having enough sleep, even the most skinny guy in the world can gain muscle mass pretty soon.
africansermonsafaris.com
ubreakifix made a real revolution in the industry.
Listen to a course in miracles audio . You'll get the answers to your deepest questions. Many topics are organized into specific categories for easy search and accessibility.
If you are looking for fish cage then read more .
disability products